At Solvaa we love helping our clients streamline their business, saving them time and money in the process. A perfect example of this was our work with One Year No Beer where we helped slash 63% off their bookkeeping time, a massive 32 hours per week – nearly the equivalent of a full-time member of staff!

One Year No Beer (OYNB) is a digital platform where members receive coaching and support to improve health and change their drinking habits forever.  They were processing thousands of transactions every month but in a very disconnected way.  It was a chaotic mess and co-founder Ruari Fairbairns admitted “I never had any real understanding of how big the mess actually was”.

This needed to be addressed urgently as they were anticipating a tenfold increase in sales over the following 3 – 6 months, so a scalable solution was top of the list.

Xero is a cloud-based accounting application with a wide range of integrations that connect with other systems.  As Xero Certified Advisors we have a wealth of experience in optimising the system itself and harmonising the technology stack to achieve a slick, streamlined process.

We optimised Xero’s built-in automation functions by implementing standard bank account transaction feeds and creating rules for processing them. To handle the large volumes of Stripe transactions we implemented SilverSiphon bank feeds. We then streamlined the bookkeeping function by strategizing and implementing the automation of sales and purchase invoice creation to assist with reconciliations.

We simplified the sales process to address the thousands of sales transactions that were being processed on a monthly basis. We introduced Quaderno to manage worldwide digital tax compliance for sales and connected it to the various sales channels, payment solutions, and Xero. Memberships sales made via the Infusionsoft and merchandise sold through and Shopify using PayPal and Stripe were imported into Quaderno. Customer invoices and credit notes were then sent from Quaderno to the customer and sales invoices are created in Xero.

Purchasing transactions were automated by adding ReceiptBank, an optical character recognition (OCR) solution to read text and numbers from receipts, and purchase invoices in email attachments and photos taken using a mobile app. The financial data is then posted automatically into Xero as a bill coded to the correct nominal ledger automatically. To improve the tedious team expense process we recommended Pleo prepaid cards that integrate with Xero to create the correct financial transactions from expense receipts. This significantly improved staff compliance with handling expense claims.

Each step in the process was delivered using the right technology solution, ensuring the new operating model was lean and cost-effective. 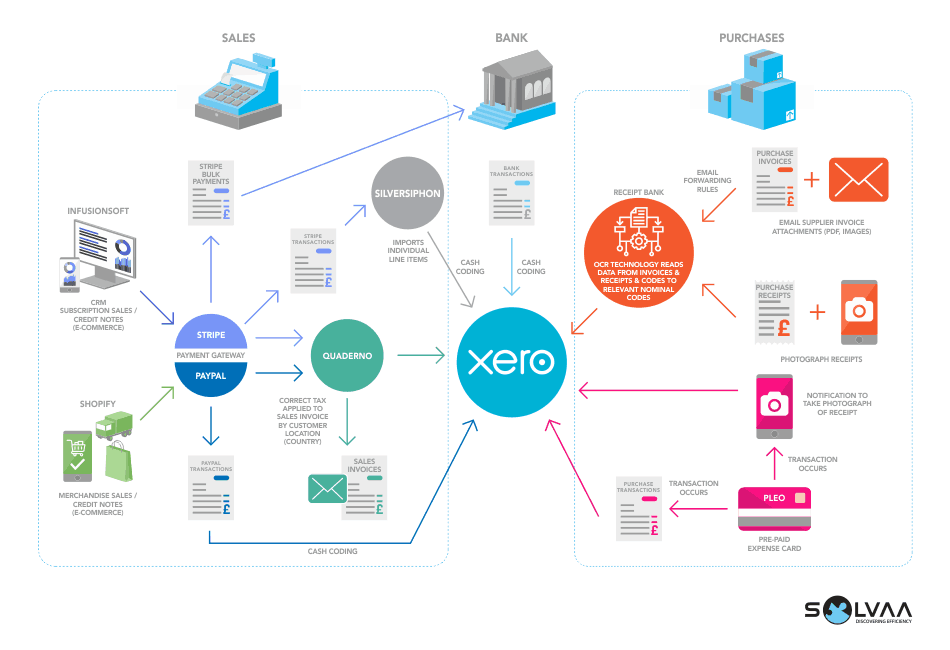 This project was finalised in January 2018, and with only minor improvements since then, OYNB continues to successfully use the systems that were implemented. Their sales have grown as expected and with that, the number of financial transactions that required processing.

Focusing on the business rather than mundane manual tasks

Automating the creation of revenue and purchasing information directly into the accounting system without any manual intervention, saves OYNB hours of extracting, sorting and importing of data, and correcting entry errors. Having the data in the system momentarily after the transaction occurred allows for quicker reconciliation.

Staff engagement has vastly improved too, as a result of being liberated from a constant tread-wheel of manual processes.  Despite having thousands more transactions, their finance assistant spends the majority of her work day on valuable data analysis and less time on the actual bookkeeping, giving her better job satisfaction.

Crucially, for Ruari, having more accurate and timely data in Xero ensured he always had access to key performance indicators and a range of management information at his fingertips.  He says “I could see very clearly how my business was improving, where we were, month by month.  Before that it was just a much more complicated and difficult way to get that data”.

Productivity has increased and the business as a whole can easily cope with the predicted rapid expansion.

The success of the One Year No Beer project is clearly demonstrated in the time and cost savings we were able to deliver.

The bookkeeping automations resulted in a 63% time-saving equating to £2,826 per month.

Ruari was really happy with the results, saying “I would say that Kelly is one of the best things to happen to my start-up.”.

You can read the full One Year No Beer case study here.

We'll soon be releasing a bunch of training courses that will teach you how to supercharge your business processes with automation. This will inlcude Harnessing the Power of Zapier, The Automation Mindset, and more..... You can register your interest by getting on the waitlist and you'll be the first to know when! 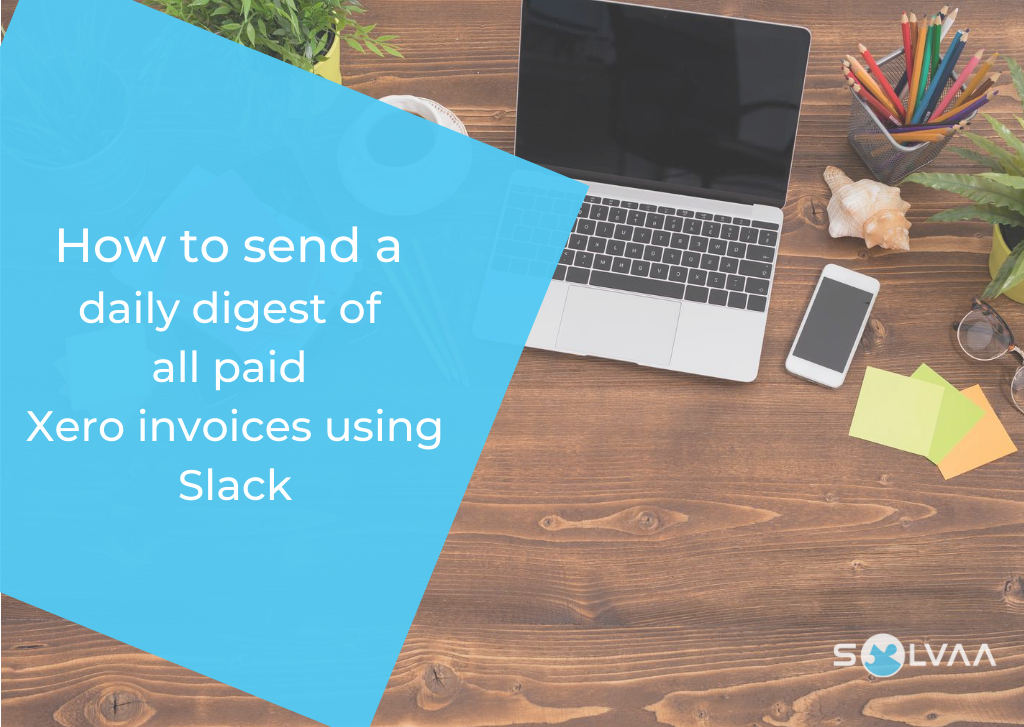 Using Zapier to send a Slack message with a daily digest of paid Xero invoices can provide useful data which is sent to your team automatically.  Knowing when invoices have been paid is business-critical information, but it can be time-consuming to check your...
Read More 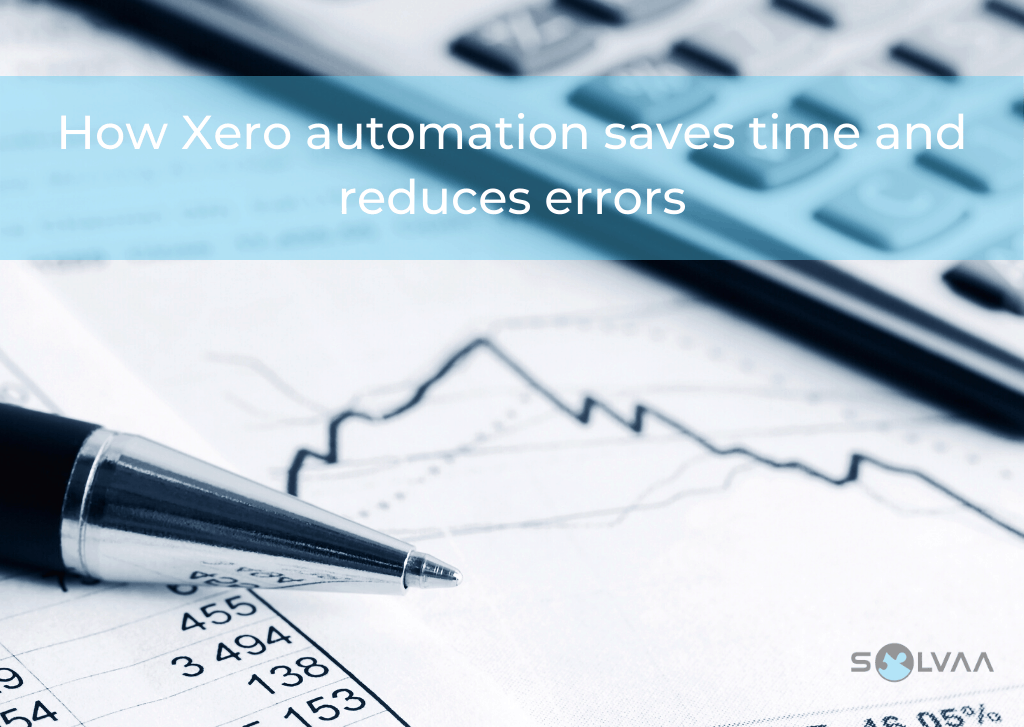 If you’re running a business then you want your workflows to be as slick as possible, particularly the finances.  If your staff are spending hours on repetitive manual tasks such as entering data into a spreadsheet then you are wasting time and money which could be...
Read More 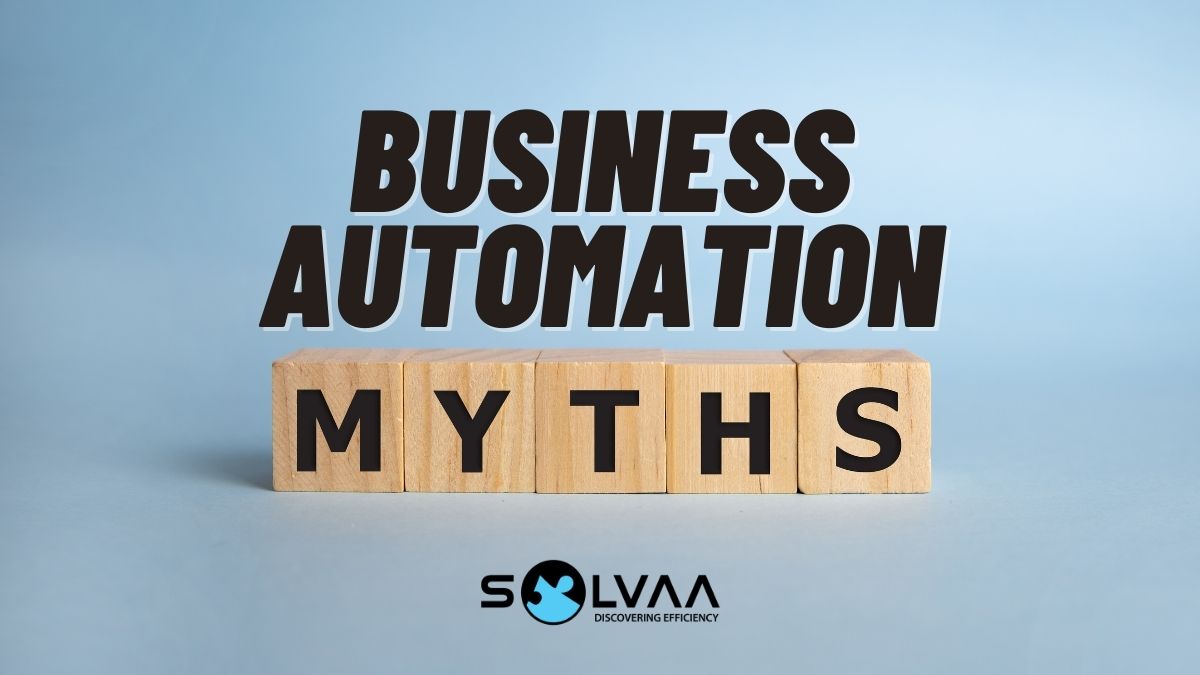 You’ve heard the hype surrounding business automation, but are these claims true? As a small business owner, you're always looking for ways to save time and streamline your operations. It's no secret that automation can be a powerful tool in achieving this goal. In...
Read More 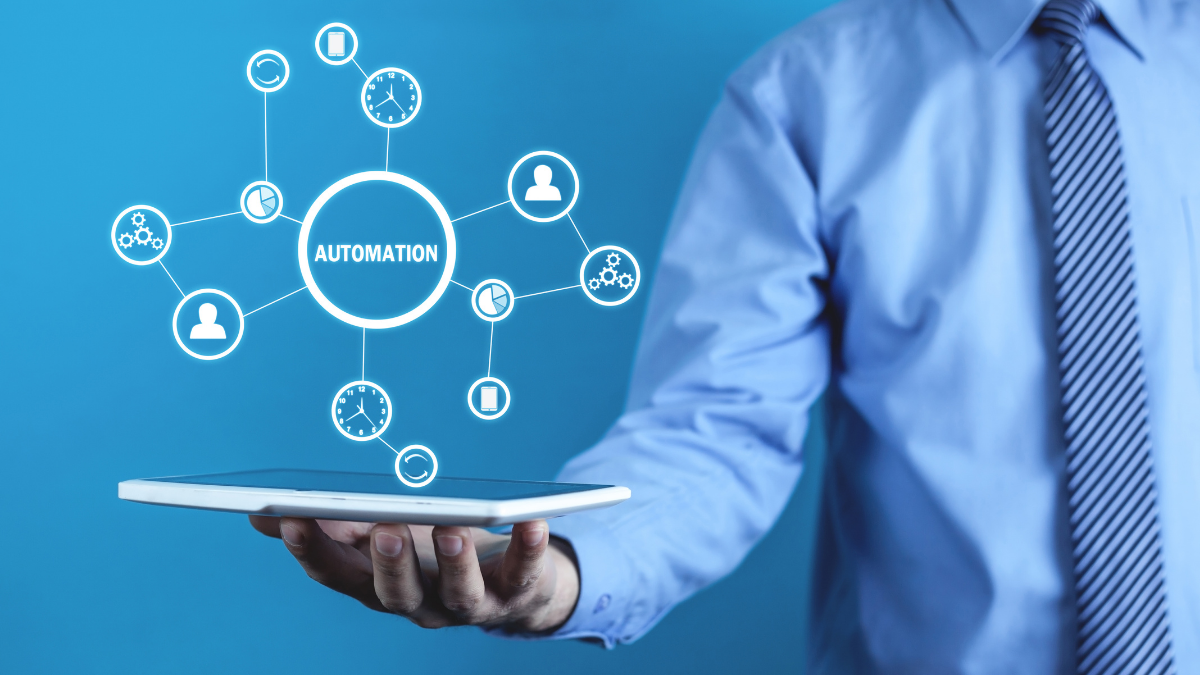 How to get started with automation and work smarter, not harder

Are you feeling overwhelmed by your to-do list? Do you feel like you're working all the time but not getting anywhere? If so, it might be time to start using automation to help lighten the load. Automation helps you work smarter, not harder, and in this blog post...
Read More 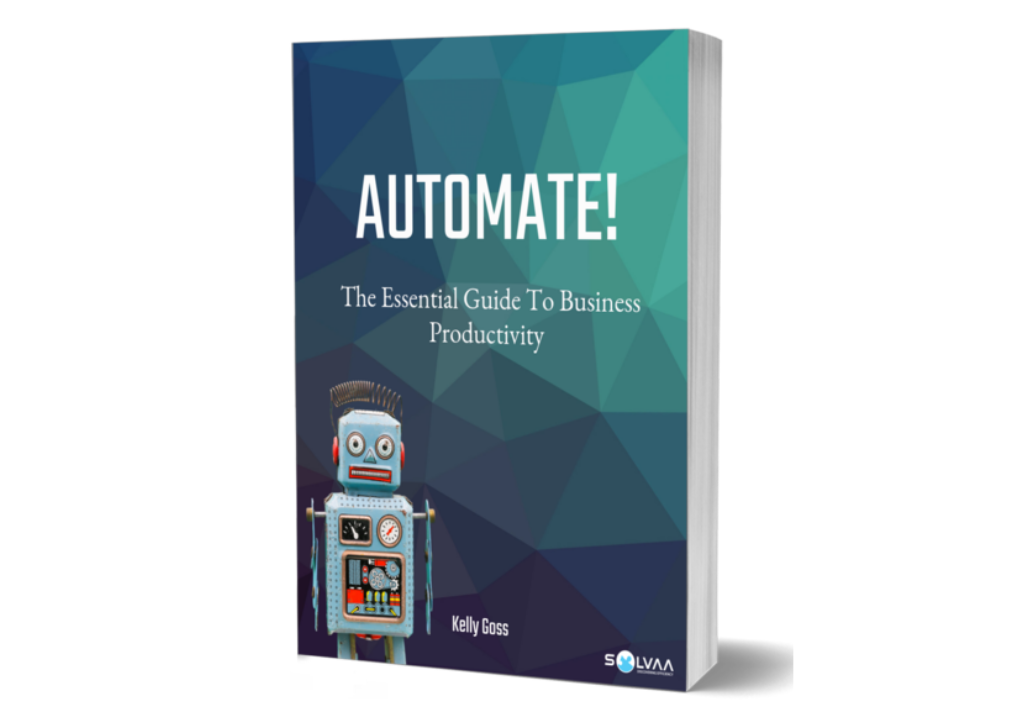 Do you feel overwhelmed and busy ALL THE TIME?   Do you wish you could afford another pair of hands to do the boring, mundane tasks that suck up your time? I have the answer! I’m Kelly Goss, founder of Solvaa, business process automation specialists. It’s no...
Read More 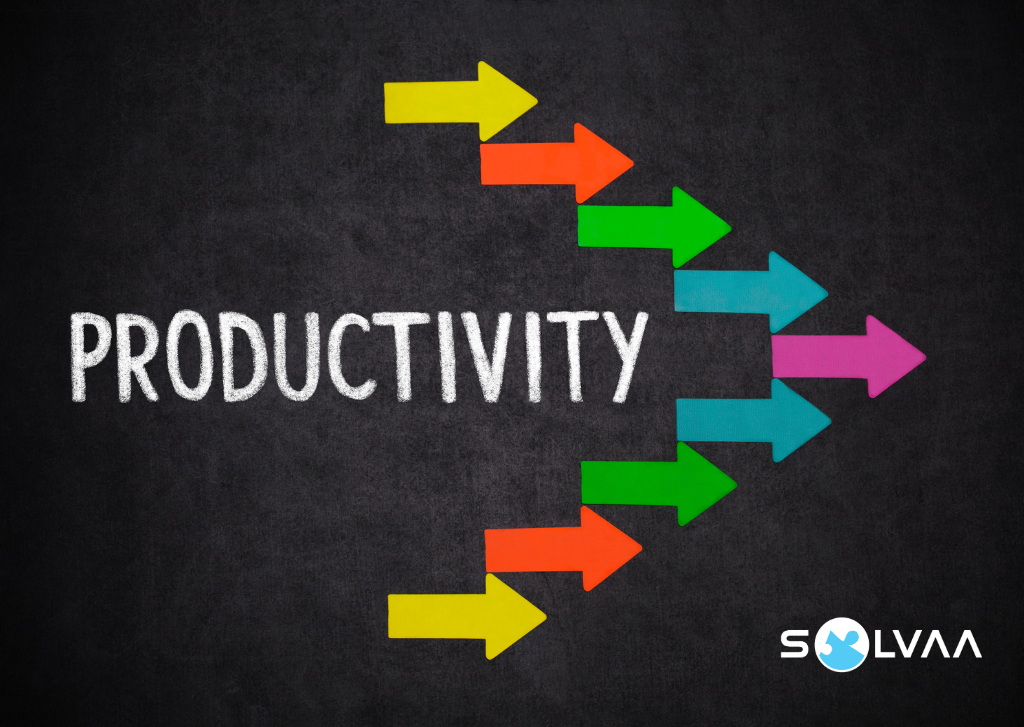 Have you thought about what it could mean for your business if you were more productive?  It’s sometimes hard to measure productivity gains, but think about how you could use the time you save by being more efficient in your business. Recently, our chief problem...
Read More 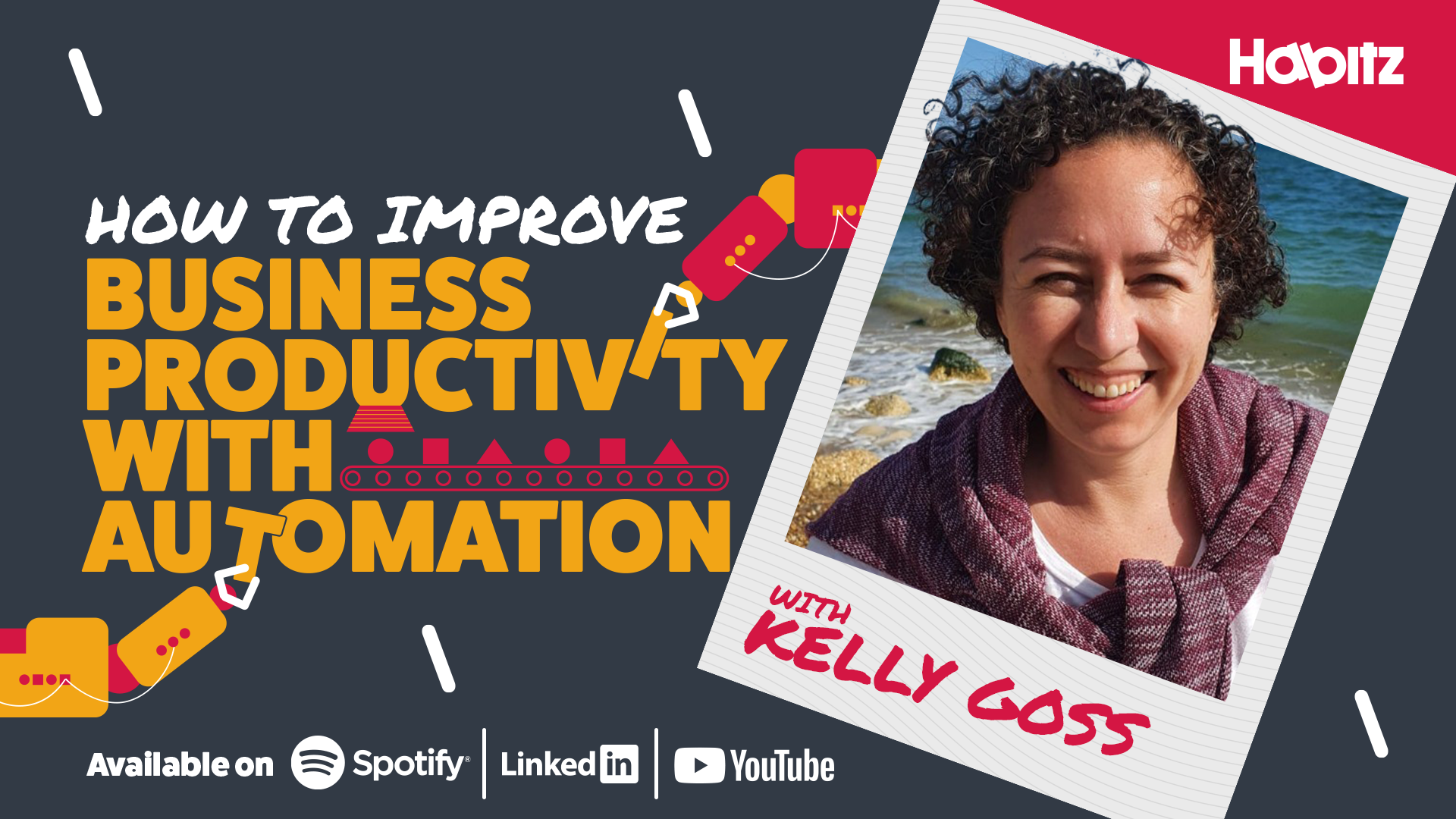 How to improve business productivity with automation

People often talk about improving business productivity with automation but don’t explain exactly how to do it.  Our founder and Zapier Certified Expert, Kelly Goss, recently appeared as a guest on the Habitz podcast to suggest ways that business owners and members of...
Read More 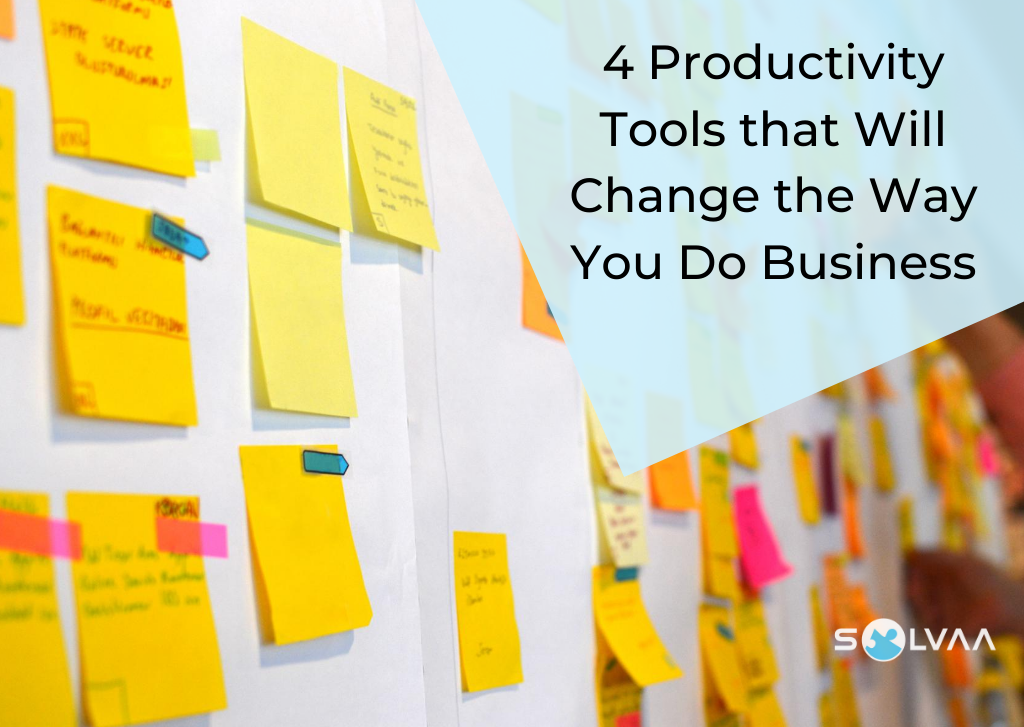 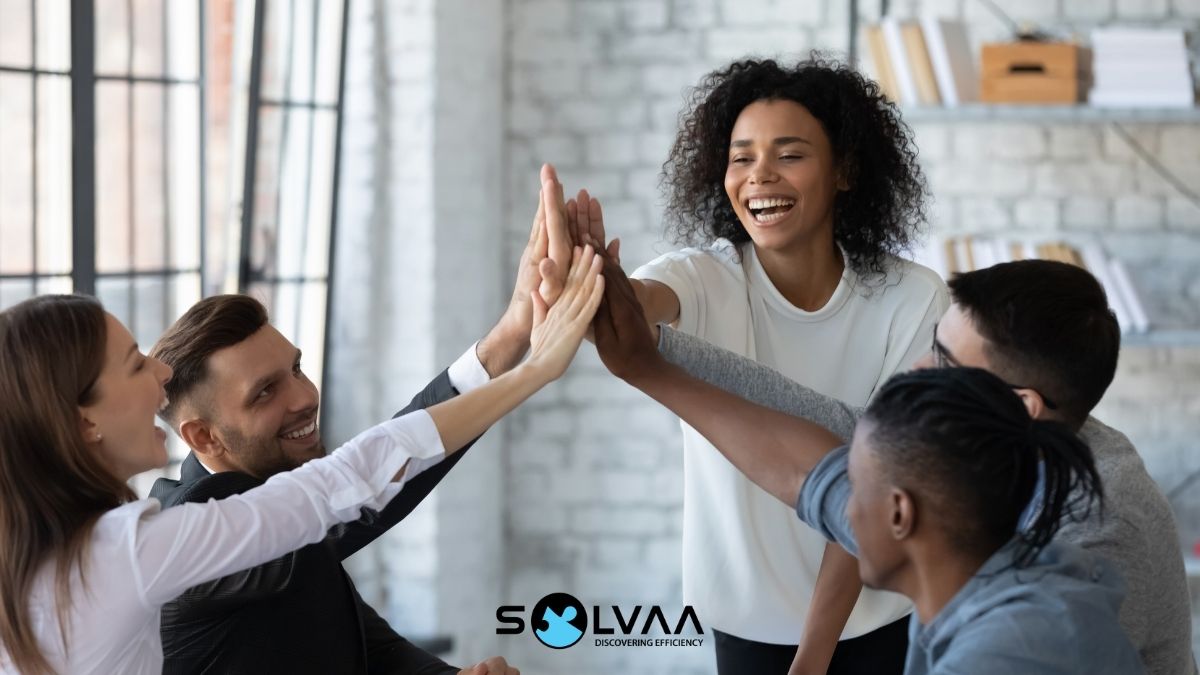 Business owners : 5 Reasons why you must empower your workforce with automation

As a business owner, you're always looking for ways to stay ahead of the competition.  You may have heard about the power of automation and how it can help your business grow.  But you may be wondering: is automation really worth it?  Here are five reasons why you...
Read More 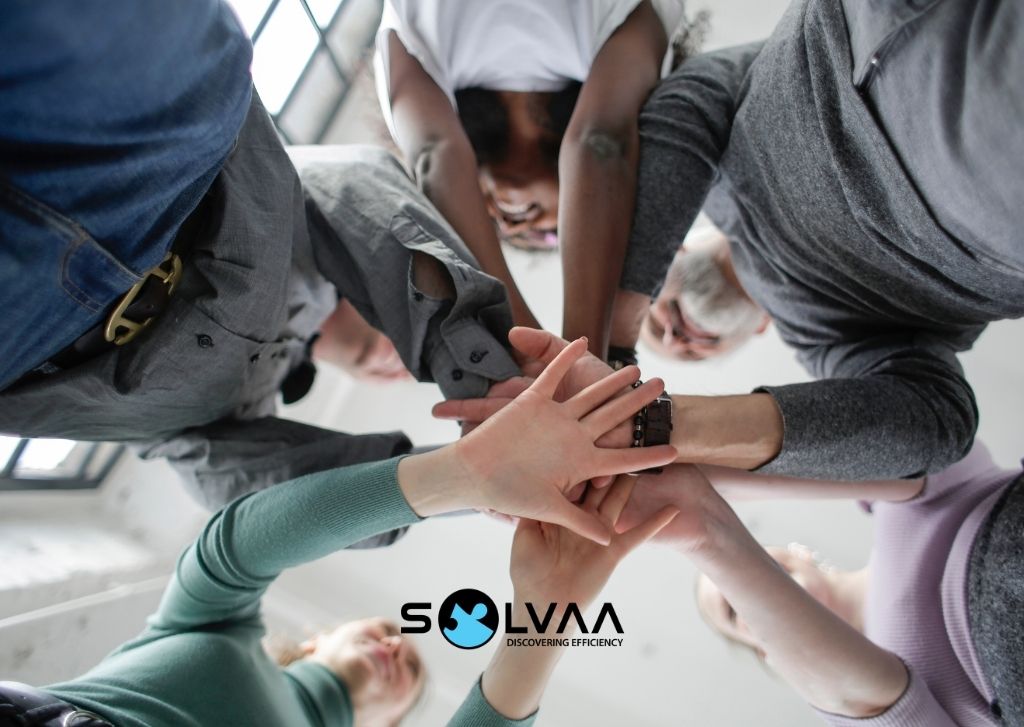 How to empower employees with an automation mindset

2022 promises to be the year when businesses which adopt an automation mindset will thrive, not only from a more streamlined workflow but also from the resulting increase in profits.  Furthermore, employers don’t need to hire a huge team of developers to build...
Read More 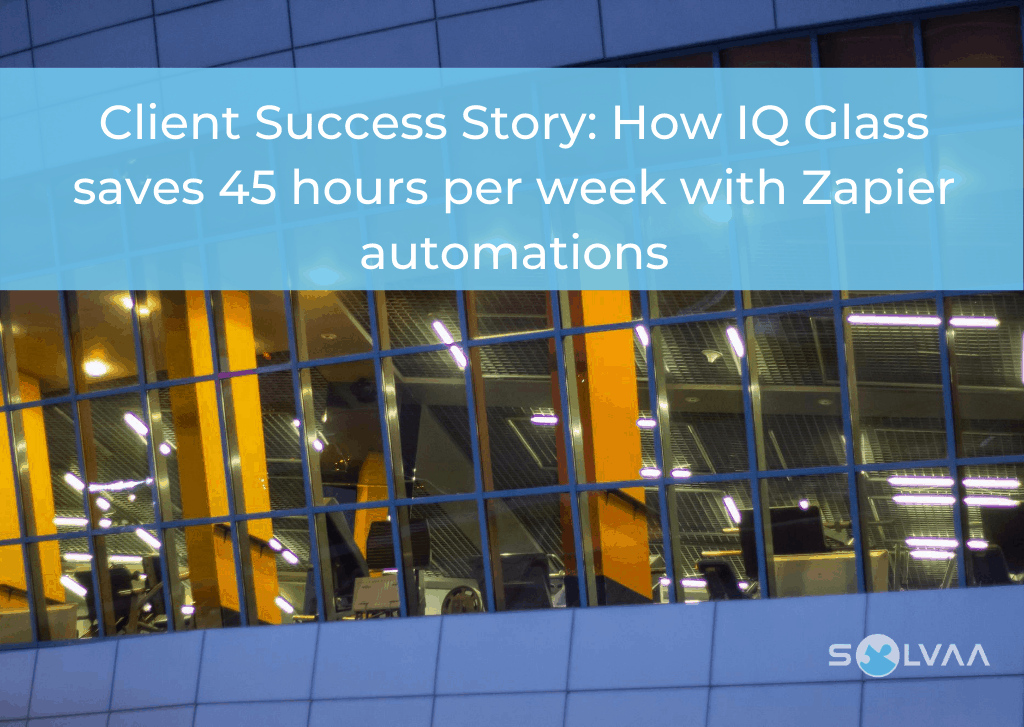 We love to share our success in helping clients improve their business because it demonstrates how spending a little time on process improvement and automation can deliver massive results. IQ Glass is a great example of this, a business that had put all the right...
Read More 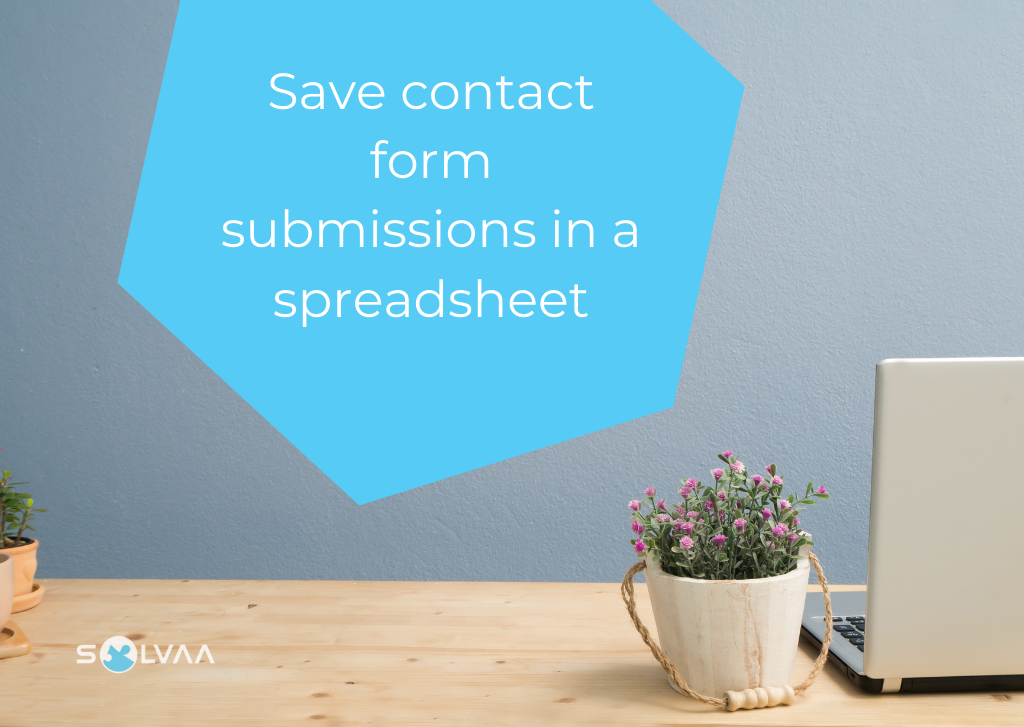 How to automatically save contact form submissions in a spreadsheet

If you use a form on your website for visitors to contact you then you will usually get their details emailed to you so that you can then respond.  Whilst this works adequately as a lead notification system, what would be more useful is to save contact form...
Read More 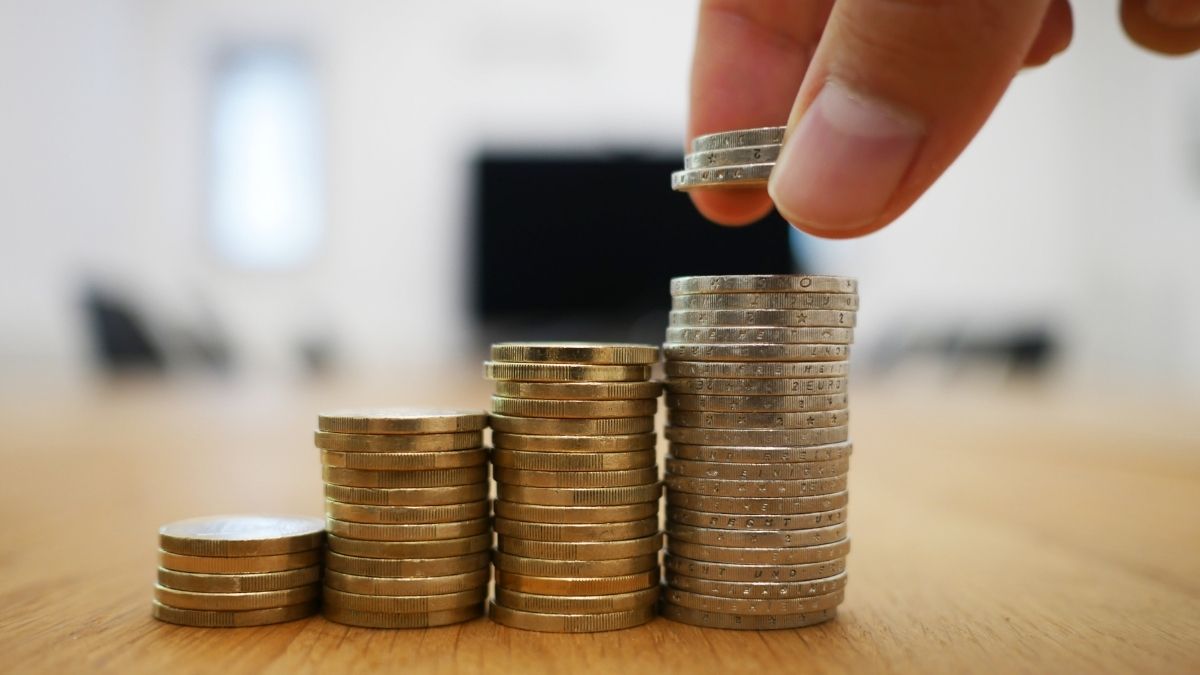 There's no doubt about it – business automation is a key component to success in today's economy. But what if you could take your business automation to the next level to increase your profits? Zapier is a tool that allows you to connect different applications and...
Read More 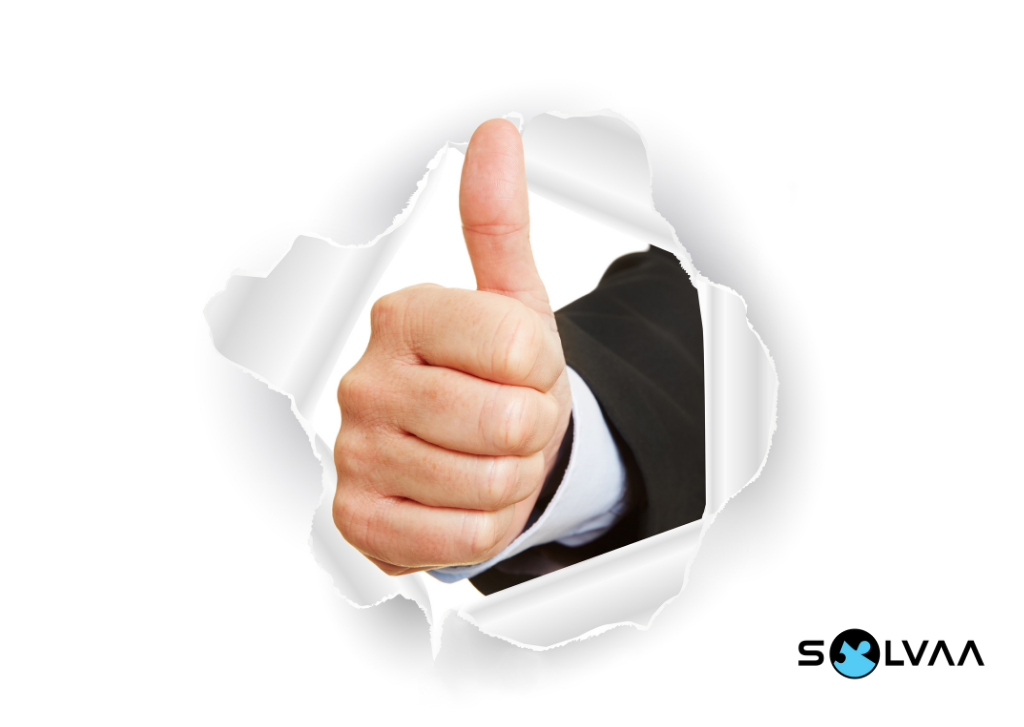 The Advantage Of Automation

Our Chief Problem Solver, Kelly Goss recently joined Shelley and Jo on the Virtually Amazing podcast to talk about the advantage of automation and how it can help businesses.  They also discussed how automation skills can be used by VAs to broaden their service...
Read More 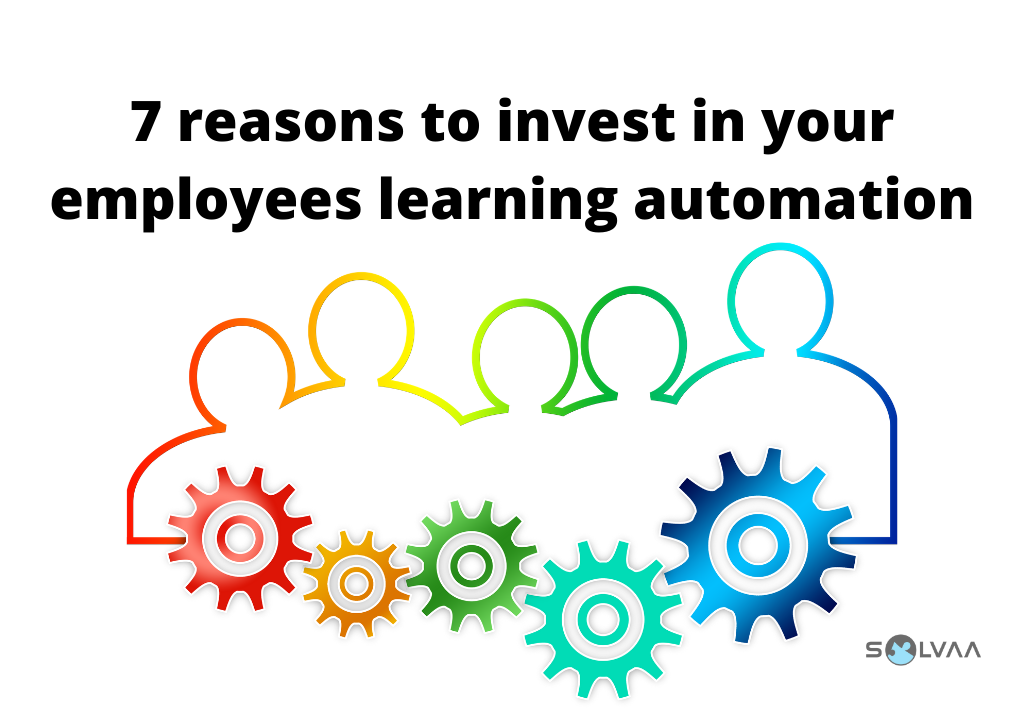 7 Reasons To Invest In Your Employees Learning Automation

In today’s increasingly competitive market, businesses should be looking at ways to keep employees engaged as well as maximise profit.  One way of achieving both these goals is by investing in your employees learning automation.  Not only does it upskill your staff...
Read More 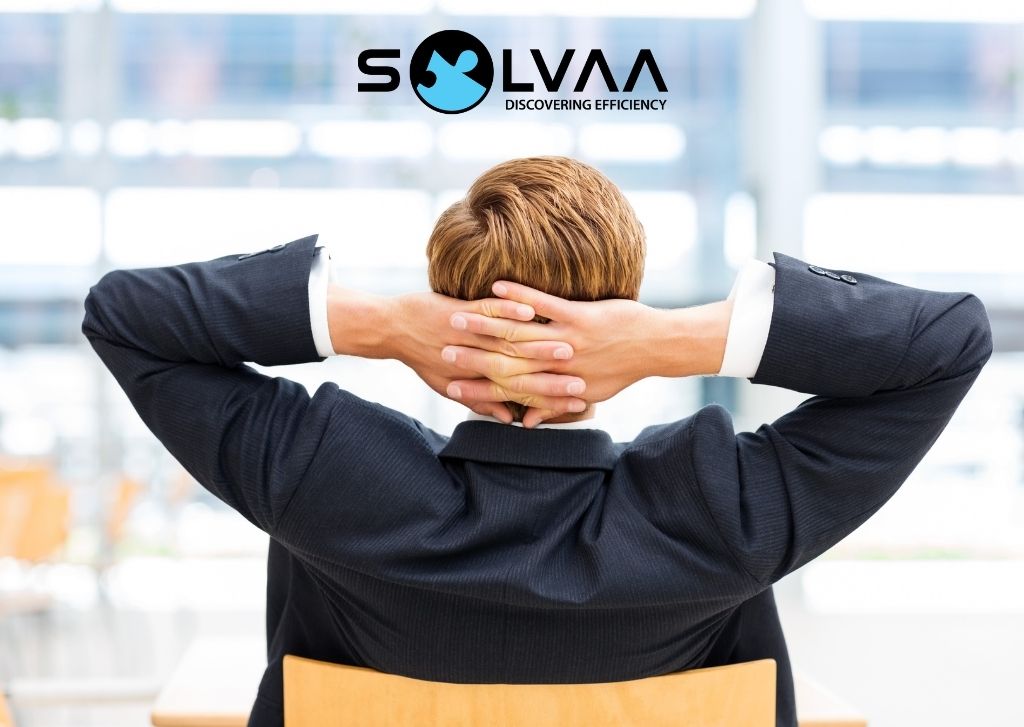 The benefits of automation in business

Everyone is talking about automation in business but many people aren’t sure what it actually means and what the benefits are.  It sounds really complicated and time-consuming, and (even worse) expensive!  Who would actually bother finding out?  We want to bust those...
Read More 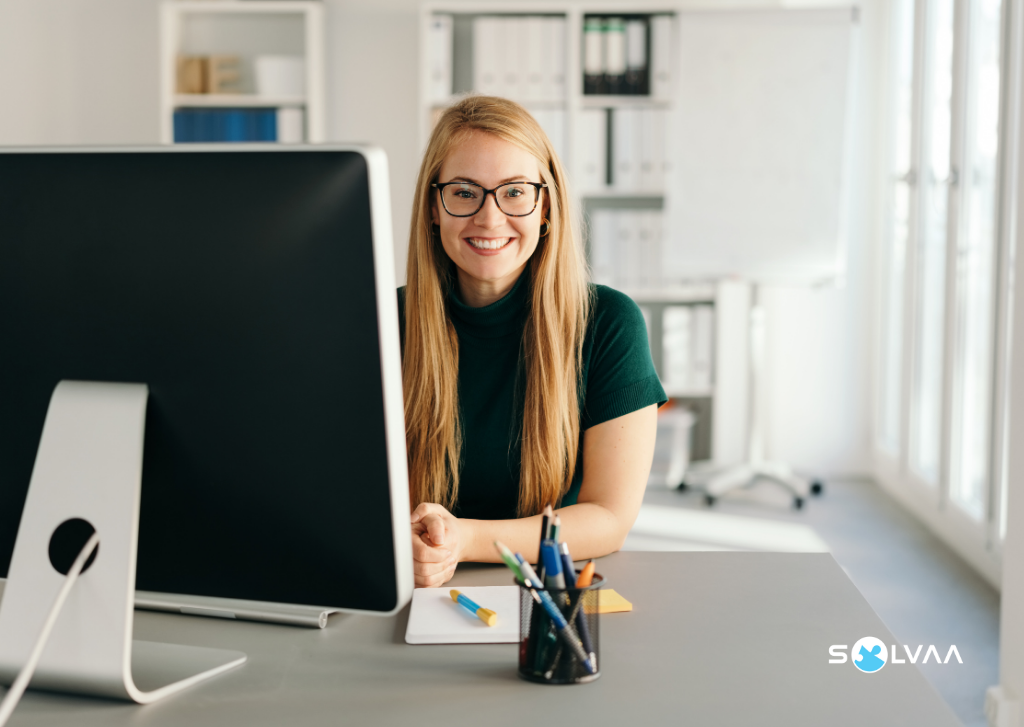 When our chief problem solver, Kelly Goss spoke recently at the Practically Perfect PA Virtual Summit, she talked about the wealth of opportunities that automation can bring to Assistants and Online Business Managers.  After transitioning to a remote working...
Read More 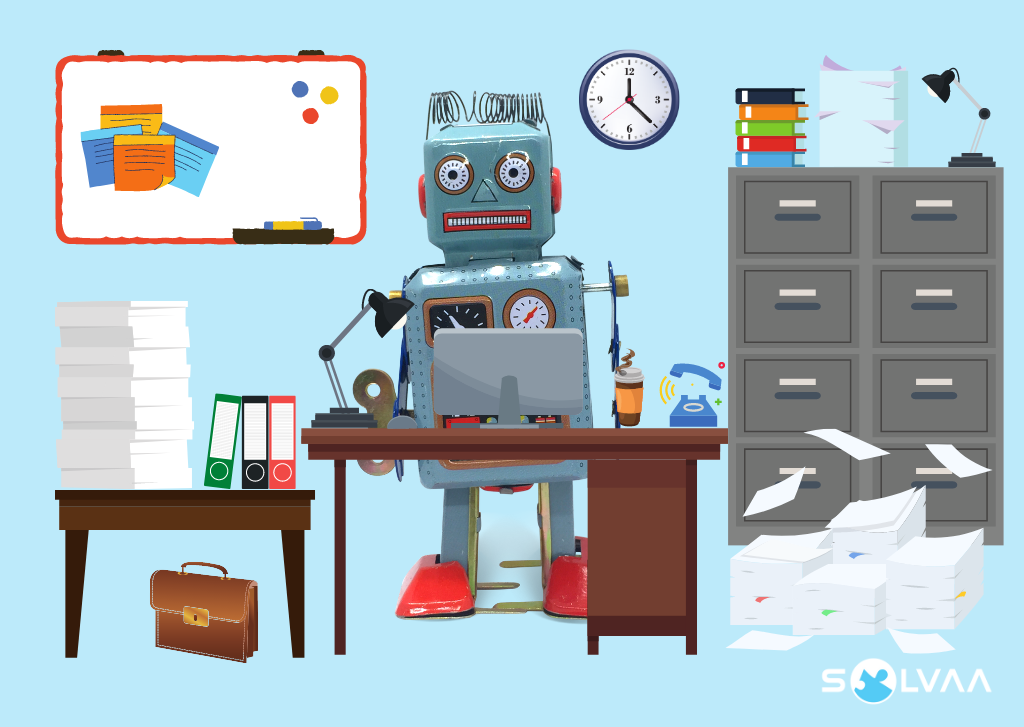 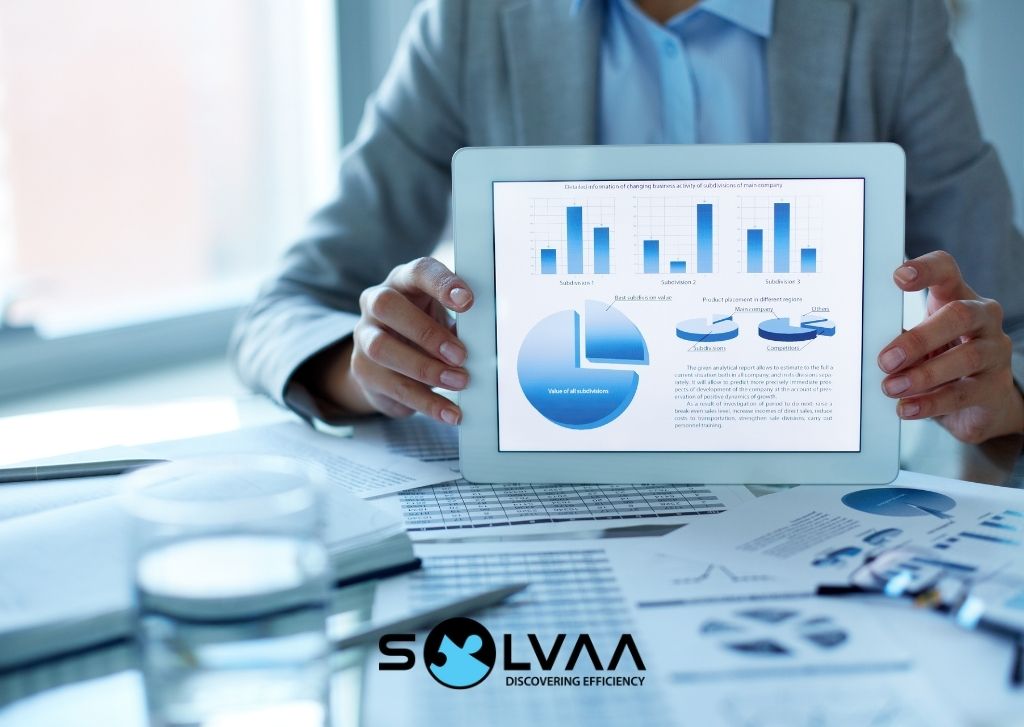 What operations processes can be automated?

Your operation is the engine room of your business and automating the processes there can free up valuable time to spend winning more business or serving your customers better. If you’re wondering what operations processes can be automated then we have plenty of...
Read More 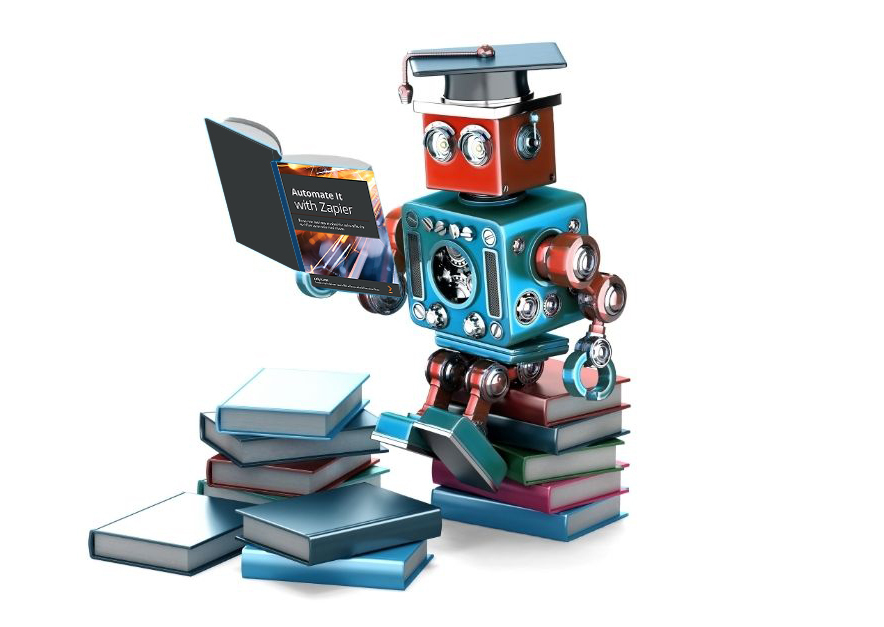 Since our founder, Kelly's Automate It with Zapier book was released it has received some fantastic reviews on Amazon.  We knew the book would help new Zapier users but didn’t realise how useful it would be for people with different levels of Zapier knowledge. When...
Read More 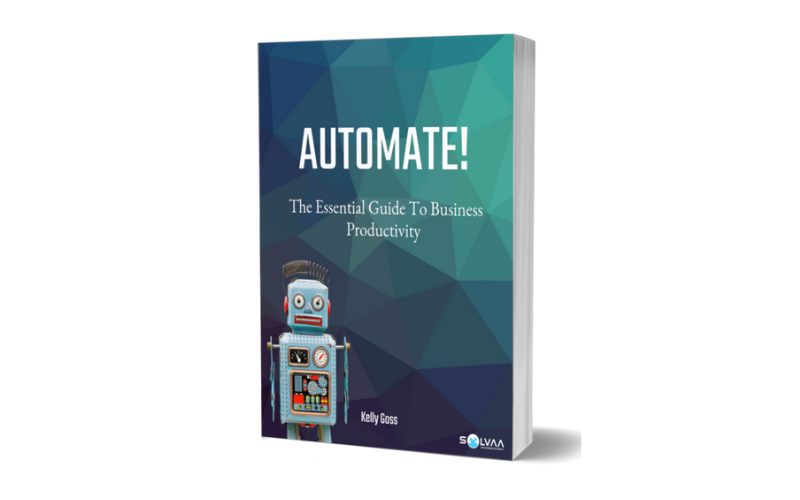